The salmon season 2019 is over 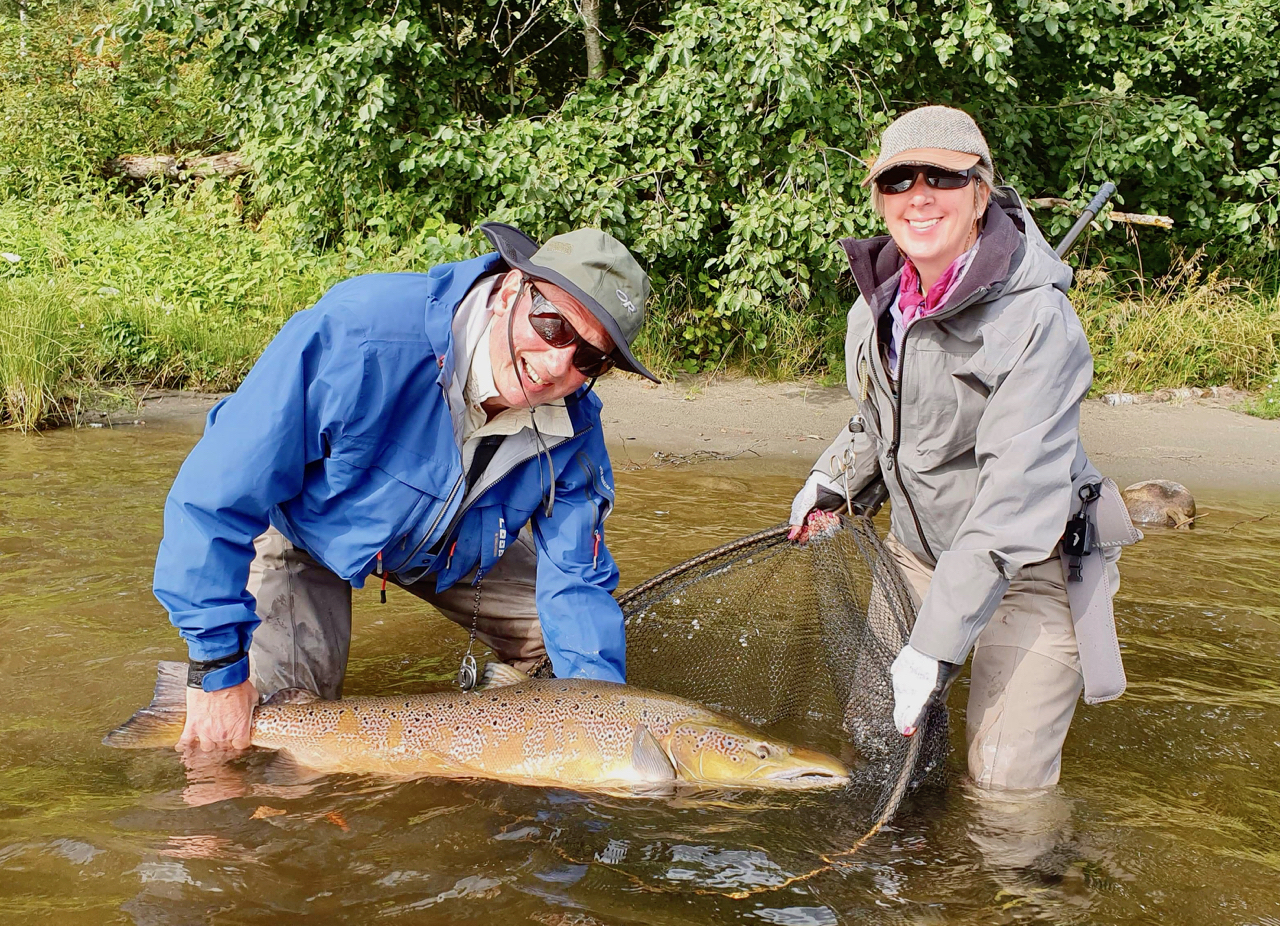 The salmon season 2019 is over

A total of 96 salmon was caught at Aunan Lodge in 2019, which is below the two previous seasons and the 5 year average. 81 of the 96 fish (84%) were released.  A total of 3428 (unofficial) for the river is not particularly good either. The explanation seems to be a weak return of 1SW and 2SW salmon from the sea, rather than the conditions in the river being difficult. We did have yet another warm and dry summer, and the water level for the Orkla throughout the seasons has probably been below average, but the fishing conditions were never near as testing as during last year. Since the start of July we’ve had a feeling that there just wasn’t that many fish in the pools compared to the last couple of years. The run of fish is registered with video cameras by the Bjørset weir, and when these data are analysed we’ll get a good indication if the actual run of fish matches the one we experienced. 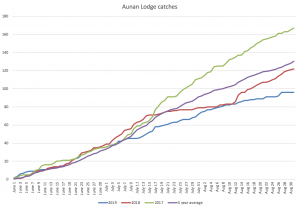 Good news is that a large proportion of this year’s salmon run has been 3SW salmon. A study of the salmon run in 2018 showed that as much as 74,3% of the 3SW salmon were females. If the share is similar in 2019, there have been a lot of eggs transported up to the upper reaches of the Orkla, and boosted by the mandatory release of all female fish since 25th July, there are hopes that Orkla will reach it’s spawning target in 2019.  It must be mentioned that there was also many great moments of fish being caught at Aunan, and 15 salmon over 10 kilos (22 lbs) is a very good result. The biggest of the season was caught in Langhølen on August 22nd, by Andrew Curwen from the UK. The fish was measured to 118 cm and estimated to 16 kilos (35,2 lbs) before it was safely returned to the river. 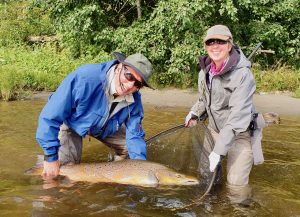 As usual the planning of a new season starts as soon as the old one is finished, and we are already looking forward to 2020. In the coming days we’ll be sending out invitations to the guests that visited us in 2019, with the option of booking the same dates next year. New guests are also welcome to contact us, as we have a waiting list so that one can get notified if rods become available.

We would like to thank all our guests during the season just passed, and hope to see as many of you as possible at Aunan again next summer! 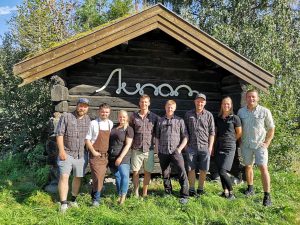